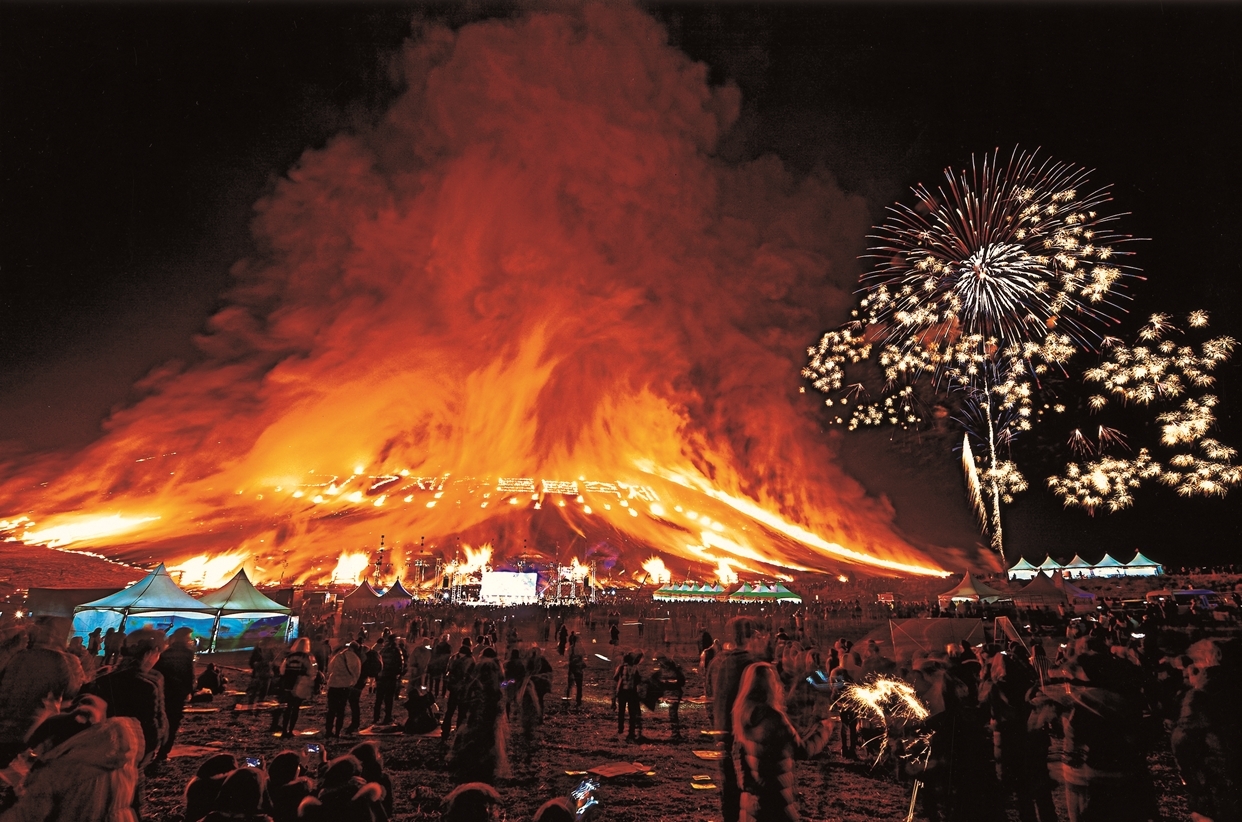 The 2021 Jeju Fire Festival will be held on a limited scale this year to comply with COVID-19 prevention protocols. There are a restricted number spots for participants to attend (Method: drive-through. Number: 400 vehicles.) All face-to-face events have been canceled.

(*) Limited admission, 400 vehicles with advance reservations made through the website. 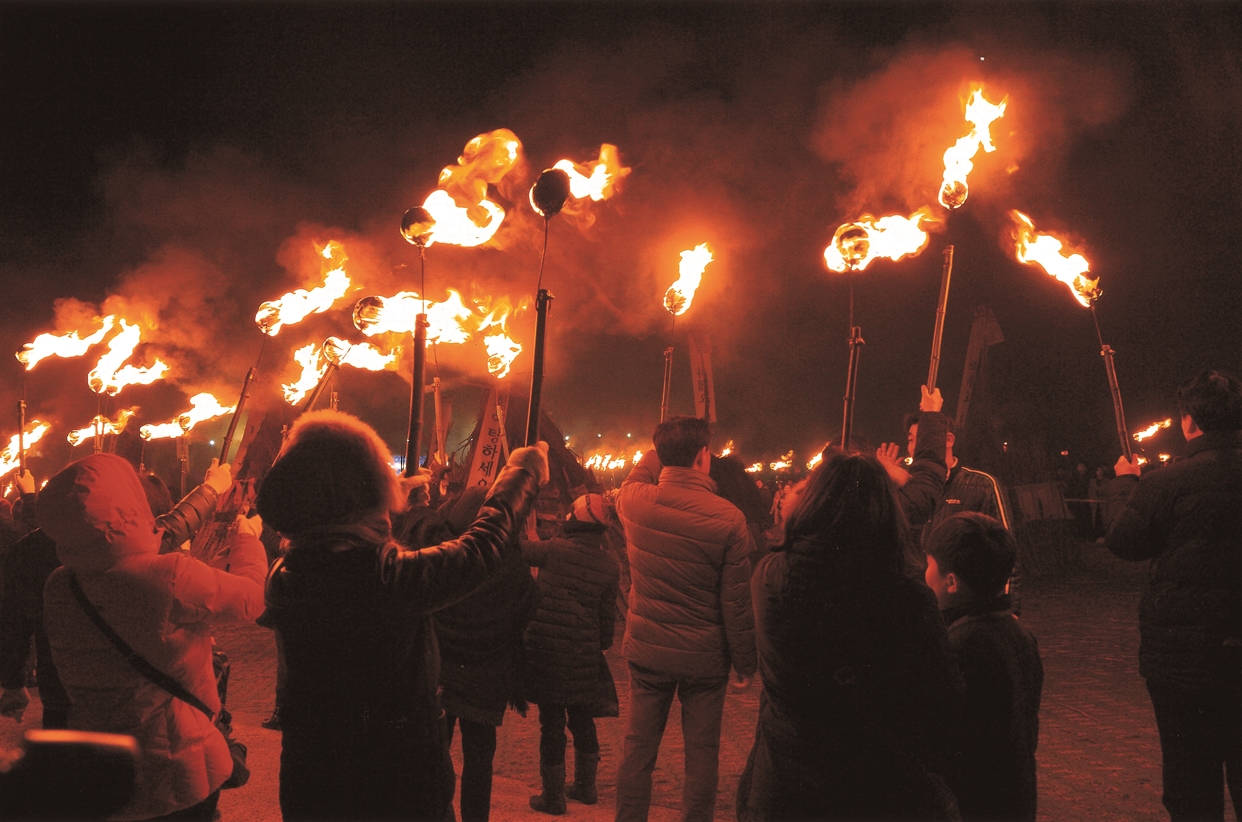 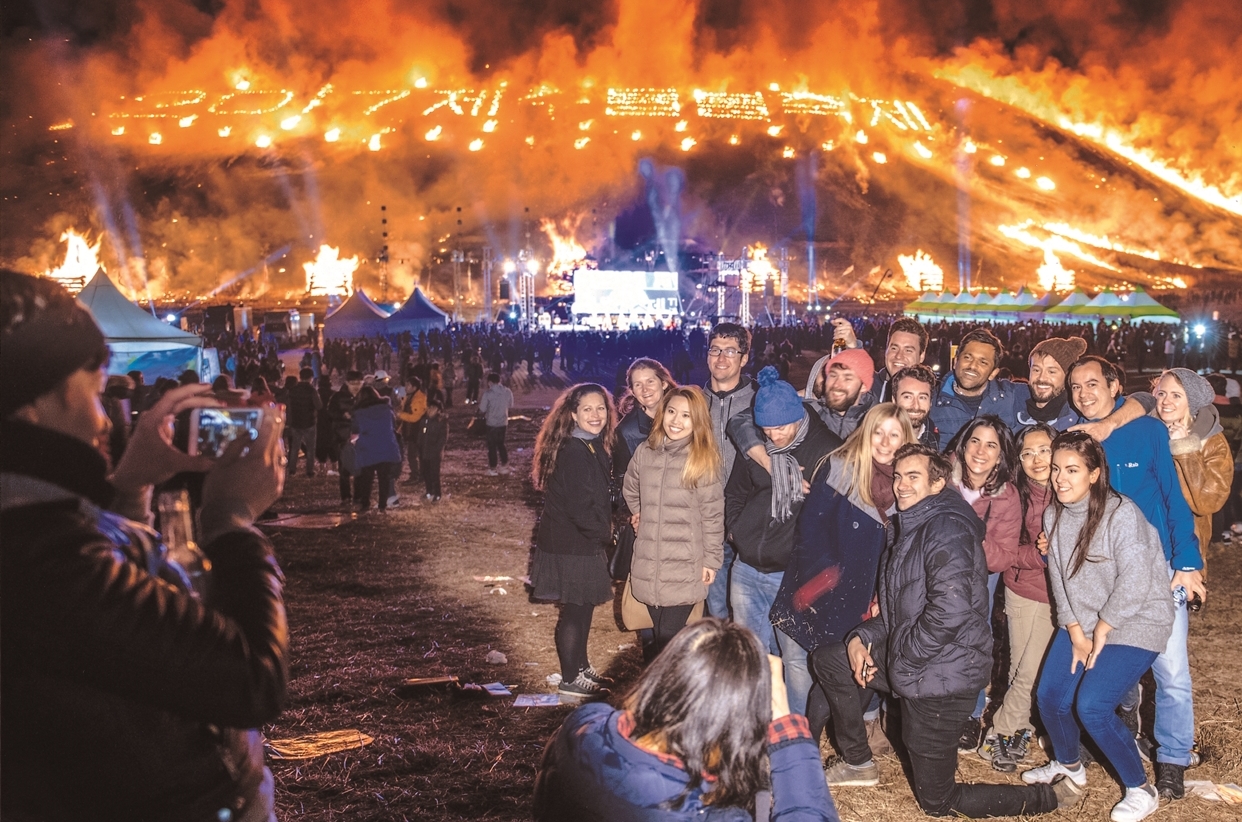 Is it true that in Jeju, spring finally comes once the whole oreum (volcano cone) has burnt down?

Even during the 1970s, most households in Jeju raised two or three cows to plow the land and transport the harvest from the field to home or market. There was a tradition for livestock workers in each town to take turns and drive all the cattle out to the hilly areas to pasture during winter. The cowherd in charge, or shweteuri, would drive the cattle through the hilly fields to find quality grass. For this purpose, people burnt down the fields during the time between late winter and early spring to renew the greens and exterminate vermin (an event called bangae). This tradition is rooted from the wisdom of Korea's ancestors, who lived alongside nature. During the bangae period, the burning fields all over the hilly areas of Jeju made a spectacular sight.

The Jeju Fire Festival is the world’s greatest fire festival that reinterprets the cattle farming traditions of Jeju through a modern sense. The festival’s roots come from a tradition called “bangae,” which is to burn down the fields during the time between late winter and early spring. This renews the greens and exterminates vermin before the horses and cows are set free on the fields to graze.

The Jeju Fire Festival has won many awards including the 2015 and 2016 Ministry of Culture, Sports & Tourism’s Outstanding Festival, 2016 Jeju Special Self-governing Office’s Greatest Festival, 2016 Korea Festival Content Grand Prize for Festival and Tourism, and 2015 Korea’s Greatest Hit of the Year Grand Prize. It was also voted the Most Proud Cultural Resource by the people of Jeju. This festival is one of the most popular attractions in Jeju with more than 300,000 visitors each year.

From 1997 to 1999, it was held in Nabeup-ri, Aewol-eup or Deokcheon-ri, Gujwa-eup in City of Jeju. In 2000, Saebyeol Oreum was announced as the official festival ground. The name Saebyeol, which means “star” in Korean, was given because the area shines like the stars, and sometimes it is called “Saebel Oreum.” Saebyeol Oreum is a volcanic cone that has an altitude of 519.3m, height of 119m, circumference of 2713m, and total area of 522,216m2. It has a horseshoe-shaped crater, and is a medium-sized volcanic cone among the 360 volcanic cones in Jeju. Saebyeol Oreum looks down on the blue ocean of Jeju, and has some uniquely beautiful scenery. It also has a rich historical background as the battlefield where General Choe Yeong defeated the Mongolians during the Goryeo Dynasty.